ANNOUNCEMENT: Due to the ongoing coronavirus pandemic, we will be temporarily closing our office and taking our listings off of Amazon. We will be accepting orders on our website, but there will be up to a 2-week delay in shipping. Stay home if you can, and stay healthy and safe!

A movie to watch when life comes apart, and is changed forever:

It is very rare that one can say of a movie that it has been written, designed, directed, acted, lit, shot, and edited in a manner so extraordinarily harmonious, elegant, and flawlessly appropriate that it is an immensely rewarding and satisfying sum of its parts. “Una giornata particolare” is, in my opinion, one of the greatest achievements in the history of Italian cinema – and that is, I know, saying a lot. Please watch it.
V.M. 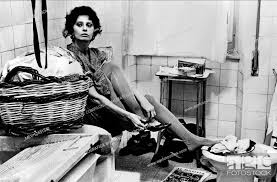 Ettore Scola had a prodigious career as a writer and director; Scola is one of the most influential and important Italian cineastes, with a career spanning more than half a century, from his first credit work as a screenwriter on Sergio Grieco’s “Fermi tutti… arrivo io!” (1953) to his final film as a writer/director, “Che strano chiamarsi Federico” (How Strange to Be Named Federico, 2013) before his death at the age of 84 on 19 January 2016.

In all, Scola was responsible for some 87 screenplay or writing credits on both his own films and those of other directors, including the script for Dino Risi’s memorably acidic comedy / tragedy “Il Sorpasso” (1962). As a director, he has at least 42 credits, both short films and features, starting with “Se permettete parliamo di donne” (Let’s Talk About Women, 1964), but without a doubt, his relatively late film “Una giornata particolare” (A Special Day, 1977) is one of his most transcendent and trenchant films. 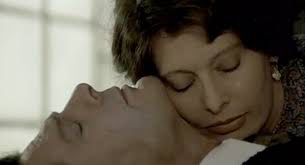 In many ways… this intentionally modest but deeply moving film is a high watermark for all involved; for Mastroianni in his deft portrayal of the tortured Gabriele, Loren for her entirely convincing turn as the drab housewife Antonietta, and for Scola as both director and co-scenarist. The brilliant Ettore Scola is to be credited for his feminist critique of women under fascism, his modern understated treatment of homosexuality, and his successful examination of fascist politics – through the lens of a seemingly simple, human story that turns into an allegorical tale of immense significance. “A Special Day” reminds us that the human spirit can prevail even under the most totalitarian regimes. It is a timely reminder that all fascism must be resisted with vigilance, sacrifice, and bravery.

"It is one of the beautiful compensations in this life that no one can sincerely try to help another without helping himself. "
––Ralph Waldo Emerson

‘A beautiful thing’: the African migrants getting healthy food to Italians
by Dario Antonelli, © The Guardian

Ismail bends over the vegetables in the middle of the field and shouts to his co-worker – “Lorè you’re doing nothing and your back already hurts?” – as he deftly separates a head of cauliflower from its long leaves and throws it into a waiting box.
His co-workers Lorenzo and Cheikh also get up, lifting boxes packed with produce after their morning’s work. Today the sun is shining here in Italy but there is no time to pause and enjoy it. Salad and spinach picked from other fields must be washed alongside the cabbages and cauliflowers; boxes for delivery have to be readied and loaded into the van.

"You can get help from teachers, but you are going to have to learn a lot by yourself, sitting alone in a room. "
––Dr. Seuss

"Television is a medium of entertainment which permits millions of people to listen to the same joke at the same time, and yet remain lonesome. "
––T. S. Eliot

A timeline of Trump promises and predictions on coronavirus — and how they stack up against the facts
By Tara Subramaniam, Holmes Lybrand, Christopher Hickey and Victoria Fleischer, © CNN

It’s been almost a month since the World Health Organization declared the coronavirus a pandemic. In that time, the virus has swept across the US, which has gone from having just a few outbreaks to now leading the world in infections.
Throughout, the Trump administration has issued a series of promises, predictions and proclamations as it has tried to calm the American people and give the impression the virus is under control. But on topics ranging from testing, to treatments, to the critical supplies that health workers need, reality has continued to fall short of President Donald Trump’s rhetoric.